The seniors were staying at THE KING’S BARN but were unable to return to the LODGE on Thursday night February 25th due to a snow storm.

After a day of skiing at Elk Mountain Resort in Susquehanna County, their buses got stuck in 4-foot snow drifts on State Route 374. Thanks to the Union Dale Volunteer Fire Department, Union Dale United Methodist Church, Red Cross, PennDOT and PA National Guard, they were able to get through this ordeal safely.

Excerpt from news story 2/27/10: The school group was supposed to check out of The King’s Barn yesterday, but was allowed to stay until today, when a return to Philadelphia is planned, said principal Al Schiavo. Schiavo said he believes God was watching over the trip, with some help from the friendly rural folks.

“We felt we made family with the locals,” he said.

By Robert Moran — Philadelphia Inquirer Staff Writer
As Thursday’s snowstorm rolled across Northeast Pennsylvania, it began to wreak havoc on a ski trip for 57 students from Calvary Christian Academy in Philadelphia.

At the Elk Mountain Ski Resort, north of Scranton, one boy broke a collarbone and two girls also hurt themselves. It was time to get off the mountain, the seven adult chaperones decided.

But as they tried to drive back on hilly Route 374 to their lodge, one of their two buses skidded off the road and into a ditch.

“We didn’t know if we were going to stay on the bus,” said Rachel Bacchi, 17, a senior, who was on the second bus. She and other students formed prayer circles for the disabled bus. Night was falling.

But help was on the way. It didn’t take long for a few local firefighters to arrive, and then the state police and state Department of Transportation. A tow company was called to pull the bus out of the ditch. But the roads were too treacherous for the school group to return to its arranged lodging nearly 10 miles away.

So PennDot plow trucks cleared the way to nearby Union Dale – population 250.

The group was put up in the dining hall of the Union Dale United Methodist Church. The Red Cross, assisted by the Pennsylvania National Guard, brought cots and food, including a dinner of pizza, hot dogs, and soup, said Brian Wrightson, director of emergency services for the Red Cross of Lackawanna County.

“It was chaotic at first,” said Keith Foster, the church administrator and the mayor of Union Dale. “They were all cold and tired. The line was long going to the bathroom.”

But the experience allowed the students to bond, she said. “We were kind of cliquey, but now I feel we know each other better,” she said.

Bacchi said the boy with the broken collarbone was sent to a local hospital from the mountain and the two injured girls made separate arrangements to go home.

Yesterday, it was decided the roads were safe enough to travel back to where the group had been staying – the King’s Barn in Thompson – since their trip began Wednesday. “All their stuff was there,” Foster said. “They had nothing with them except what was on their backs.”

The school group was supposed to check out yesterday, but was allowed to stay until today, when a return to Philadelphia is planned, said principal Al Schiavo. Schiavo said he believes God was watching over the trip, with some help from the friendly rural folks.

“We felt we made family with the locals,” he said. 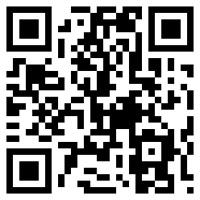 You are wonderful hosts and we will be recommending you to friends & family who may travel to the Scranton area. We will definitely be back again (only next time we may bring our snowmobiles too)!

We also appreciated your warm hospitality and willingness to go the second mile THANKS!! One gets a real “tucked in” feeling here (the snow couldn’t be beat!) it was lovely.

The place looks great and God willing we will be there for the next 17 years. Thanks for another great year

Having shopped around quite a bit, we were pleased when we first talked to them and found out the cost. When we finally arrived and saw how perfectly it fit our needs, we knew this was the place for us.

Everyone said how beautiful the LODGE at The King’s Barn was. They all said you were very helpful and informative. We were extremely pleased with the weekend and our decision to put our guests at the barn and of course the excitement of getting hitched!